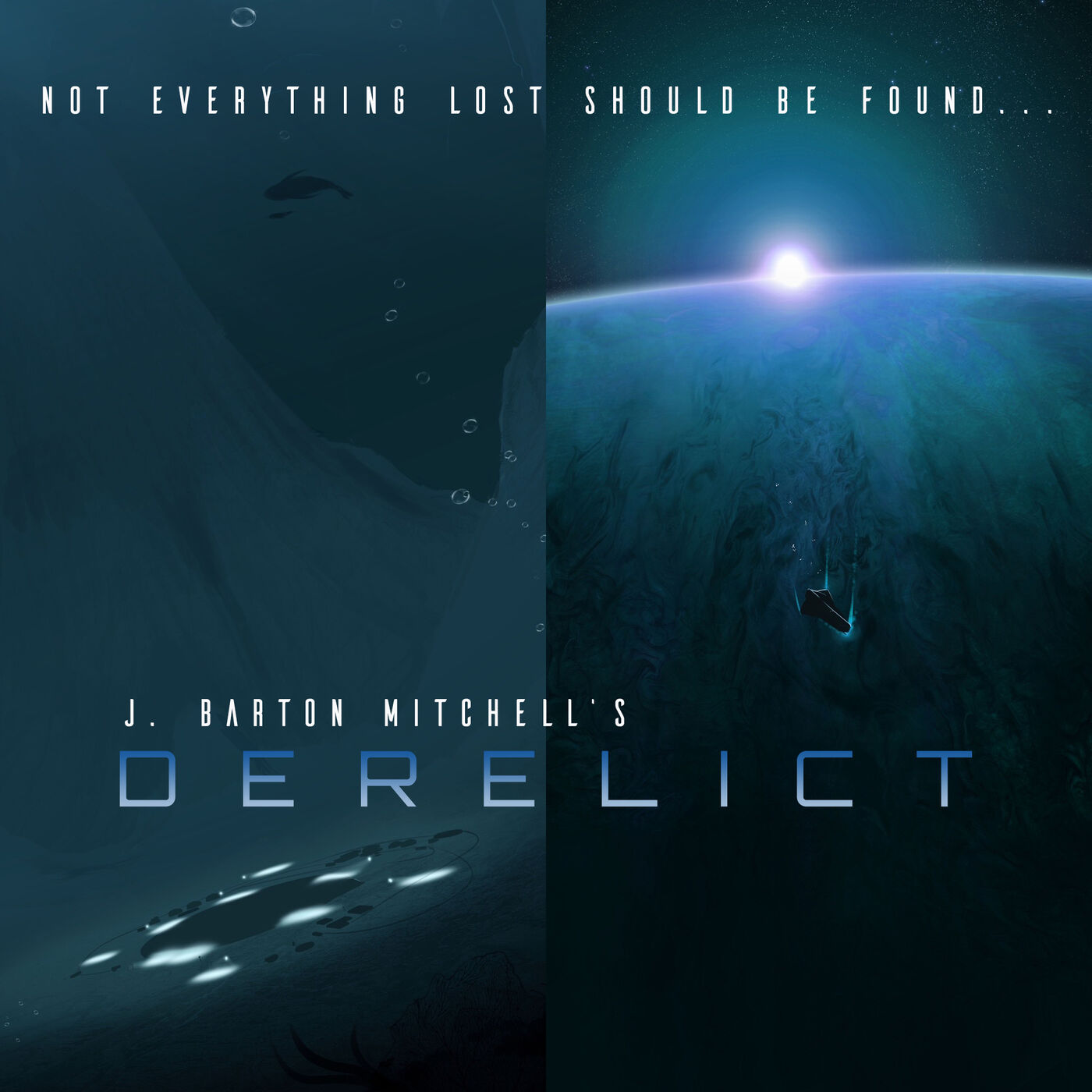 DERELICT is a narrative podcast experience from award winning science fiction author J. Barton Mitchell that features a host of unlikely characters trying to unlock the secrets of an abandoned spaceship in the far reaches of space. While its prequel season, FATHOM, follows a group of scientists investigating a frightening mystery that's been discovered on the bottom of the ocean...setting the stage for everything to come.
Website:
http://www.derelictpodcast.com
Copyright:
© 2021 Night Rocket Productions, LLC
RSS:
https://feeds.buzzsprout.com/443209.rss
Thu, 11 Jul 2019
Teaser Trailer
Season: 2

The teaser trailer for the upcoming science fiction narrative podcast DERELICT, which launches August of 2019.

Thirty seven hours ago, the IWS Crichton discovered the remains of a derelict vessel in an unexplored star system.

Eleven hours ago, all contact with the Crichton and her crew was lost...​

When the galaxy's most powerful corporation discovers that the derelict ship belongs to them, they send the only people they can, a group of washed up engineers and scientists who would do anything to reconstruct their shambled lives.

Their objective: find out what happened to the crew of the Crichton, and bring the derelict back...at any cost.​

J. Barton Mitchell discusses the past and future of DERELICT, and makes an exciting announcement.

The first teaser trailer for FATHOM, the prequel to DERELICT, coming May 2021.

The full trailer to FATHOM, the prequel to DERELICT. Episode One is almost here! For more information, visit www.fathompodcast.net to sign up for our mailing list and learn how to support the show.

Seven years before the events in DERELICT, something was found at the bottom of Earth's ocean. An ancient artifact that can only be described as a giant door, inset into the ocean floor.

It became known as the Vault.  A gigantic enigma, buried and forgotten...nineteen thousand feet down.

Just the kind of thing that would interest the galaxy's most powerful corporation, Maas-Dorian. To study the artifact, the company built a massive, self-contained, secret laboratory base surrounding it. That base is named Fathom. It's objective: unlock the secrets of the artifact and discover what it holds.​

A group of scientists, engineers, and workers led by Dr. Eva Graff and Commander Joe Freeman have been working on that task for almost a year, but with little to show for it. The Vault has yet to give up its secrets, and their employers are beginning to lose patience. Add to that, some on the base say they hear...voices. Inside the signal the Vault is broadcasting. Hundreds of them. Thousands. Whispering and chittering of a desire to be let out...

But none of it holds sway over a corporation interested only in power and profit, even if it knows all too well that some mysteries should remain buried. And that some doors should never be opened....

After a surprise, cataclysmic tide surge hits Fathom base, Dr. Eva Graff is trapped in the west platform airlock. When she learns that base commander Joe Freeman is hurt and stuck in a  slowly flooding circuitry conduit, she sets off on a perilous journey to save him; a journey that will push her beyond her breaking points...

Dr. Eva Graff finds herself in her most precarious situation yet: trapped in the rubble of the collapsed western Control capsule, lost and alone, her odds of survival decreasing rapidly. More than that, the death of Joe Freeman has taken a great toll, a trauma similar to one she has already suffered...and it may have broken her, leaving her ill equipped to deal with the major revelation that is coming about the events that have transpired on Fathom base.

Dr. Eva Graff and Brynn Emerson have barely survived their ordeal on the Vault when an even more dire complication rears its head. In order to save what's left of Fathom base, the two women must work together to stop a dark event from occurring on the abandoned Southern platform...but the events of the past day, including the reveal of Mack's true agenda, have taken their toll on Eva. She can't stop hearing the sounds of her daughter Alex, can't stop wondering whether they were real or just the hallucinations from intense radiation exposure. And as the situation becomes more and more desperate, she will question everything...and, eventually, choose her path.

"Dr. Graff... What have we done to ourself?" The trailer for the second half of the FATHOM season. Get ready, new episodes coming this month!

Set during the events of Episode 2, ISD Agent Blayne and Doctor Sarah Klayton struggle to survive outside and inside Fathom's North Platform after Mack's true nature is revealed, an unexpected tide surge wreaks havoc...and loyalties are tested due to the simple fact that sometimes, there are no right choices. "What a day..."