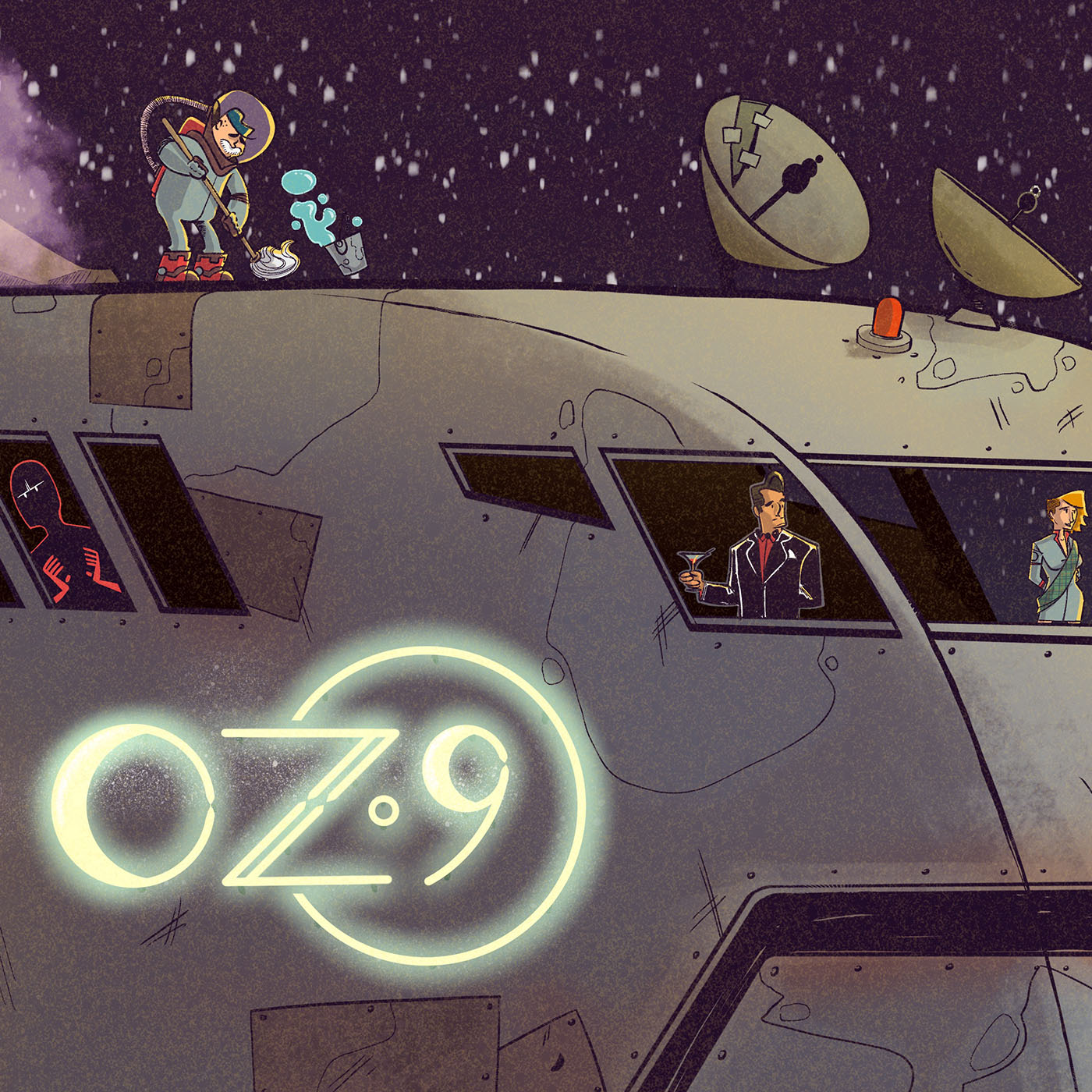 
It's entirely possible this story has spun a wee bit out of control. But then, isn't that a lot like...life?

I mean, take your basic ergonomic keyboard. Don't you want to bash its tiny electronic brains out on a rock, only it was expensive and nominally doing something useful for your hands or wrists or something? While that might be an overreaction, might it also be considered an entirely understandable response to the fact that every time you try to type an exclamation point you get that weird squiggly tilde or whatever that thing is called, and let's face it, for some of us, there's just not that much call for a tilde, as I don't speak a language that requires it, nor do I need to indicate "approximately" that often-

Our music is by John Faley; our artwork is by Lucas Elliott. Our dialogue is edited by Sarah Golding, and Oliver Morris is our sound designer. Oz 9 is written by Shannon Perry.

Until next time, Space Monkeys~