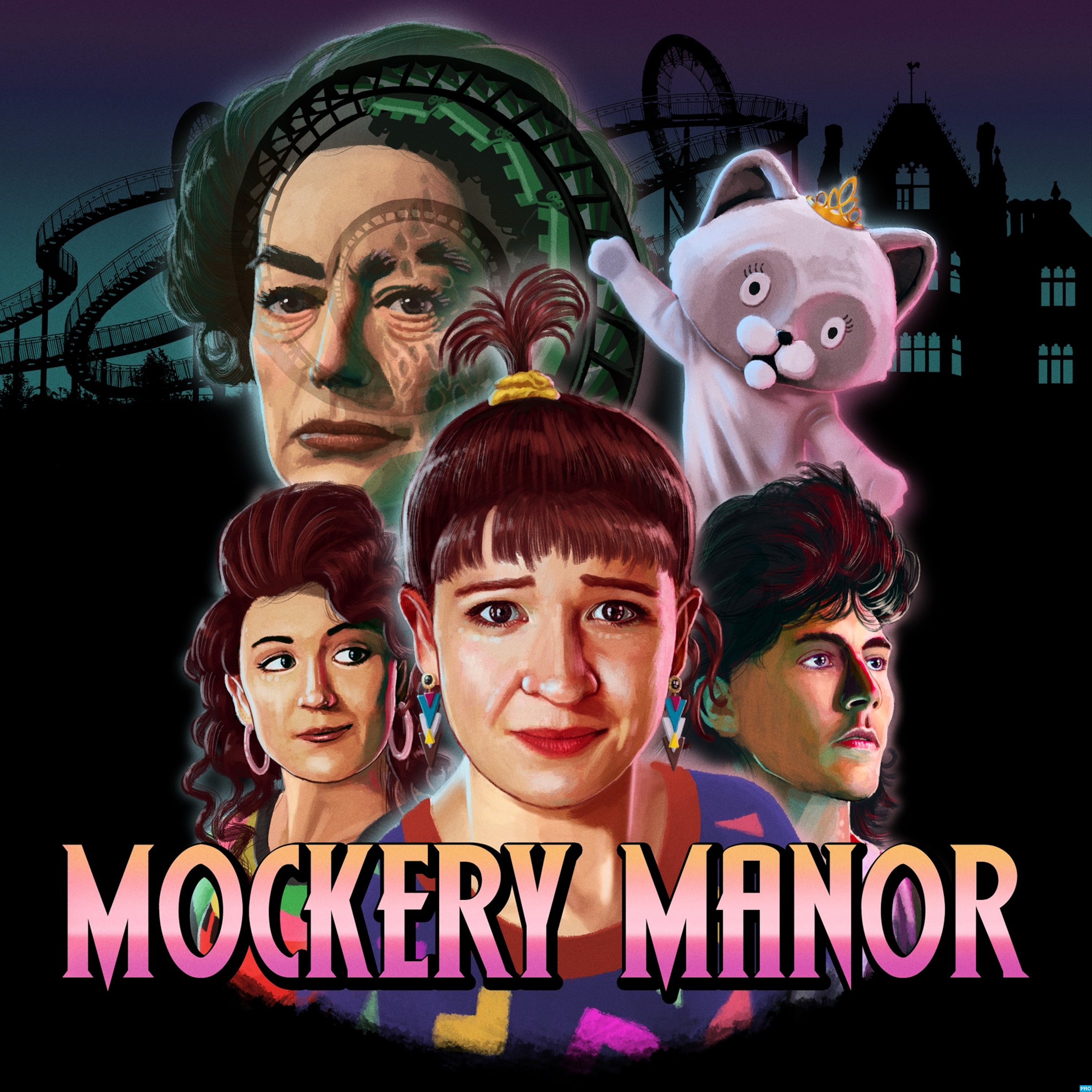 
Previously: JJ takes the scenic route to Hilda's office by riding The Elves of Europe and jumping off the boat at the Italy show scene. Using Hilda's phone, JJ contacts Dodgy Eric (her old flame, and generally an unsavoury character), and asks for his help selling her mysterious package - a stolen Vermeer painting - which he agrees to do. She is then escorted by Tomasz to her lodgings in the semi-derelict schloss at the centre of the park, which has no toilets. Meanwhile, Bette unexpectedly arrives at Mockery Manor and tells Margot, Jenkins and Parker that she has had a baby and needs a job. Jenkins presses her into spying on Hilda and the Dunkelschloss operations. Later that evening, JJ meets Gretchen sneaking around the park. They part ways at the toilets in Baba Yaga Land, but Gretchen tells JJ to be careful... She thinks there is something going on in the park. Something dangerous. JJ laughs and says "that's statistically unlikely". In this episode: Tomasz reports to Hilda, the twins are reunited in the Black Forest, and Parker starts an investigation of his own. Mockery Manor is written and directed by Lindsay Sharman. Music, sound design and editing by Laurence Owen. Hayley Evenett was JJ and Bette, Laurence Owen was Parker, Jenkins, Matty, Bodankho and additional voices, Lindsay Sharman was Hilda, Margot and The Little Mermaid, Alasdair Beckett-King was Tomasz and Danil, and Sooz Kempner was Kelly and the Prison Doctor. Further additional voices by Abbie Eastwood. For more information about Mockery Manor, and our two other podcasts Madame Magenta and The Ballad of Anne & Mary, visit http://longcatmedia.com/ (longcatmedia.com) Or follow us on Twitter, Facebook and Instagram @MockeryManor and also @LongCatMedia This podcast is supported by our wonderful Ko-fi patrons. If you'd like to support the show and help us keep going, visit our website, or go to http://ko-fi.com/longcatmedia (ko-fi.com/longcatmedia) Support this podcast