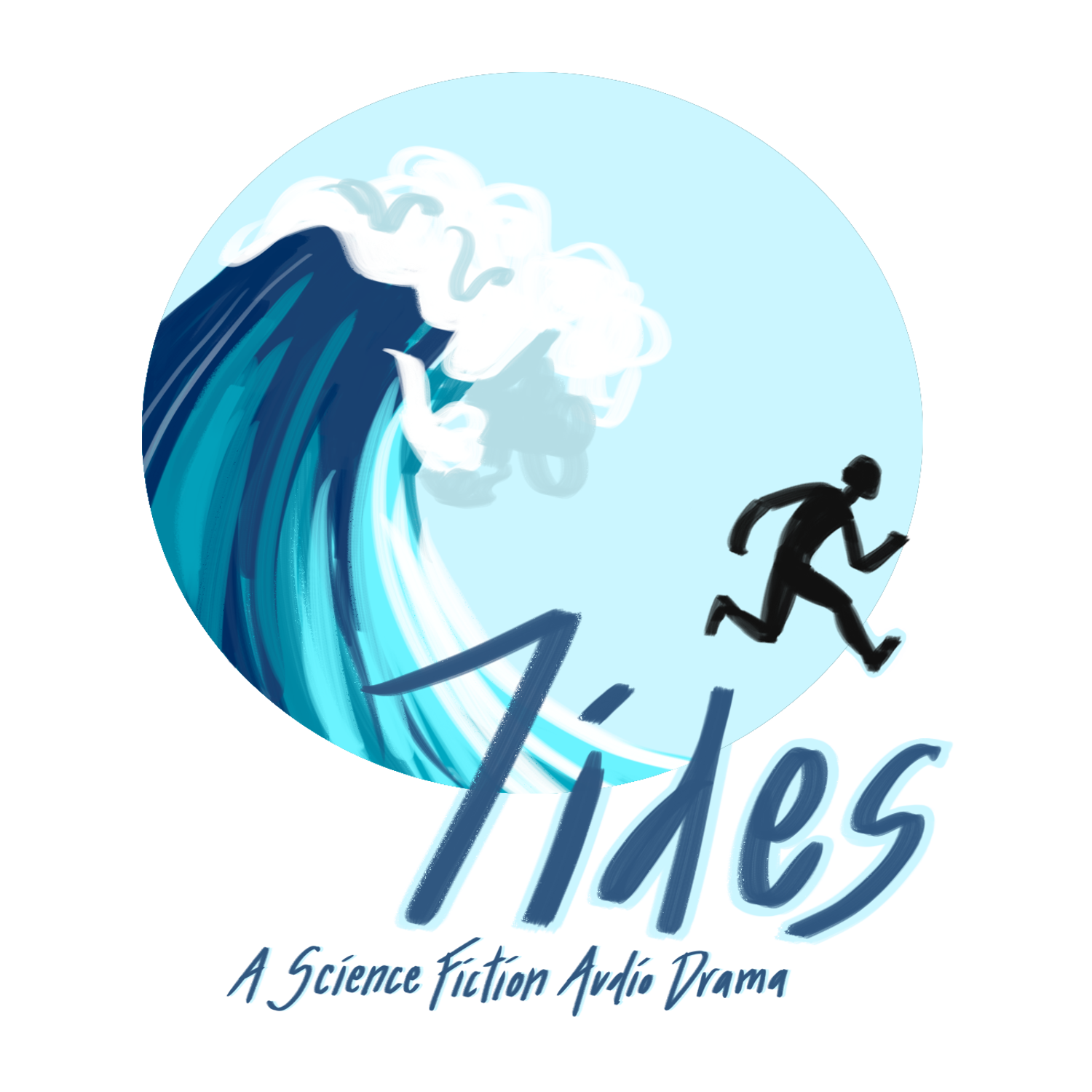 4. Invasion of the Sea

Dr. Eurus gets to experience the night life of Fons before receiving some information from a colleague.
Tides was written by Jesse Schuschu and directed by Jesse Schuschu and Ayla Taylor. It was produced by Ayla Taylor and edited by Bridge Geene. Art by Sarah Durst.
Dr. Winifred Eurus is played by Julia Schifini and Dr. Robert Montague is played by James Oliva.
Tides is the story of Dr. Winifred Eurus, a xenobiologist trapped on an unfamiliar planet with hostile tidal forces. She must use her wits, sarcasm and intellectual curiosity to survive long enough to be rescued. But there might be more to life on this planet than she expected. . .
Find us at www.tidespodcast.com and follow us at @tidespodcast at Twitter or Tumblr. You can support our show at patreon.com/tidespodcast.
Music in intro is "Shimmer" by Scott Holms and the ending music is "Drift" by Scott Holms.
Sound effects include those that were previously credited and:
"Large rocks.mp3" by shatterstars and "Walking on a Stony Beach" by bone666138 on freesound.org
Other sound effects used in this trailer were either downloaded in accordance with their copyright or were created for the use in this podcast.