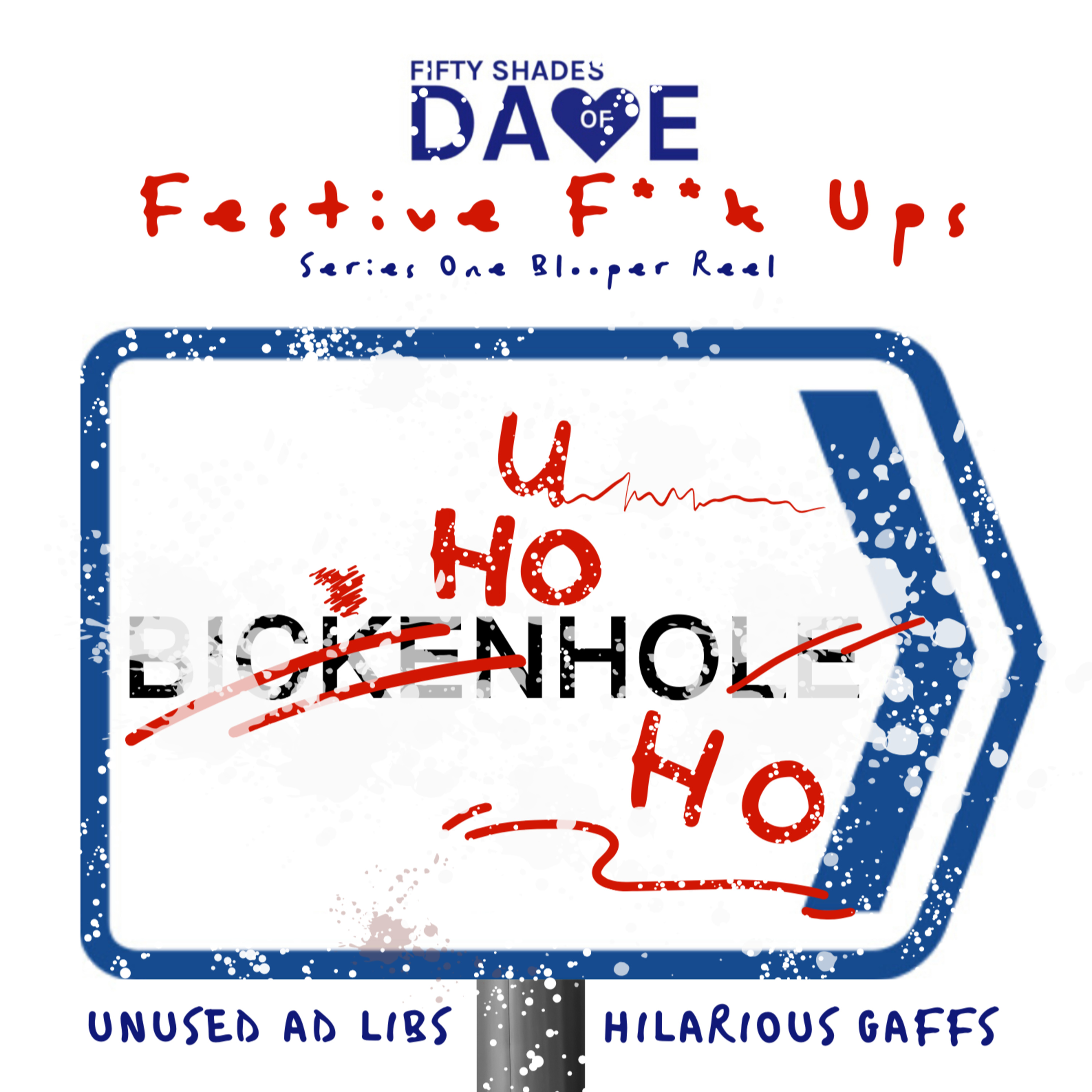 Since launching 'Fifty Shades of Dave' we had over 10,000 streams and downloads in 10 countries across the globe as far as Australia and Singapore . To celebrate these achievements we are thrilled to release our ‘F@&k Ups; Blooper Reel’ special as a gift from us to you. We had such a blast recording this debut series and despite the fact we were locked in a very hot and sweaty recording studio for 8 hours it took its toll and the cracks certainly began to show in a way only a gag reel can show! Join the cast one last time for a 9 minute selection of never before released ad-libs and hilarious gaffs that made a difficult day of recording very enjoyable indeed!