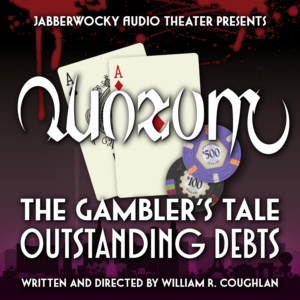 
Professional poker player Jimmy Harmon has been dogged by a string of misfortunes and mysteries. Trying to stay ahead of Las Vegas gangster Wiktoria Sałkiewicz has seemingly led to the death of his friend Will Archer, in a car bomb apparently meant for him. Harmon finds himself interrogated by Las Vegas police detective Ben Marshall, but is reluctant to pin the blame on the mobster. Further inquiry implies that Sałkiewicz herself may be the target of unknown forces intent on buying out the Limelight Hotel that she makes her home base. But before Wiktoria can reveal the full scope of her suspicions on the true culprit behind the attempt on Harmon’s life, they find themselves under attack. Narrowly escaping the assailants, Harmon heads out of town, but ends up pursuing another trail with fellow gambler Rachael Leblanc — commonly known as “Peeps.” Tracking the body’s demise back to the Lyon Majestic Hotel, Harmon and Peeps uncover a cadre of federal agents keeping a secret witness, Peter Sokolov, under wraps, along with information about significant action to be taken the following day. One step ahead of the agents, Harmon makes his way to the Remington Hotel, where his friend “Big Mike” Dalton, mainstay of the Vegas poker scene and front man for the online poker website All-In Poker, has offered to help. But an inopportune slip cues Harmon into a new, as-yet-unanticipated threat.