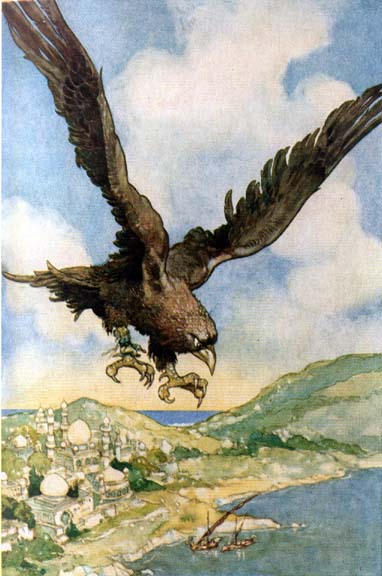 
Once upon a time there were two brothers, who lived in the same house. And the big brother listened to his wife’s words, and because of them fell out with the little one. Summer had begun, and the time for sowing the high-growing millet had come. The little brother had no grain, and asked the big one to loan him some, and the big one ordered his wife to give it to him. But she took the grain, put it in a large pot and cooked it until it was done. Then she gave it to the little fellow. He knew nothing about it, and went and sowed his field with it. Yet, since the grain had been cooked, it did not sprout.

Only a single grain of seed had not been cooked; so only a single sprout shot up. The little brother was hard-working and industrious by nature, and hence he watered and hoed the sprout all day long. And the sprout grew mightily, like a tree, and an ear of millet sprang up out of it like a canopy, large enough to shade half an acre of ground. In the fall the ear was ripe. Then the little brother took his ax and chopped it down. But no sooner had the ear fallen to the ground, than an enormous Roc came rushing down, took the ear in his beak and flew away. The little brother ran after him as far as the shore of the sea.