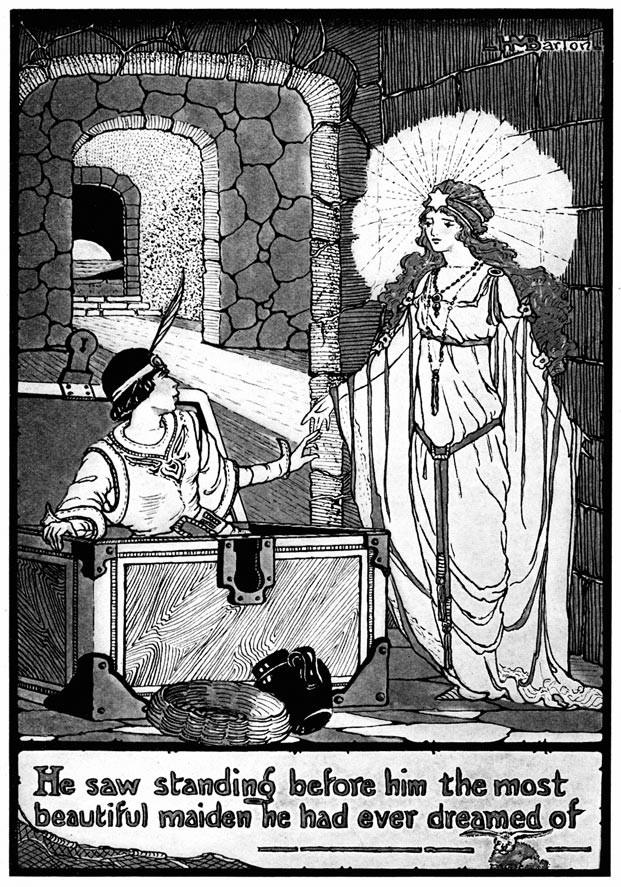 The Most Beautiful Princess - A Brazilian Folktale


Long ago there was a king who was very ill. He wanted a hare killed to make him some broth. His only son, the prince, set out to find one. As the prince walked along the path to the forest a pretty little hare ran out of the hedge and crossed his path. He at once started in pursuit. The hare was a very swift runner. The prince followed her into the deep forest. Suddenly the hare ran into a hole in the ground. The prince kept in sight of her and soon found to his dismay that he was in a big cave. At the very rear of the cave there was the most enormous giant he had ever seen in his life.