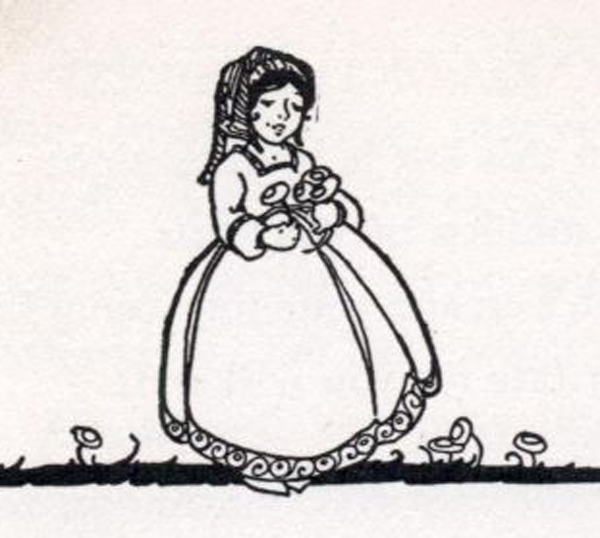 Maria of the Forest - A Portuguese Folktale


Once upon a time there was a young king who went into the deep forest on a hunting expedition. He and his favorite page became separated from the rest of the party and soon they realized that they were lost. As night approached they found the rude hut of a charcoal burner and begged for permission to pass the night there. They were received most hospitably.

Just at the hour of midnight the king was awakened from his sleep by a voice. This is what it said:

"Here in this hut is born to-night
The maiden of your fate:
You can't escape your lot, young king;
Your fate for you will wait.