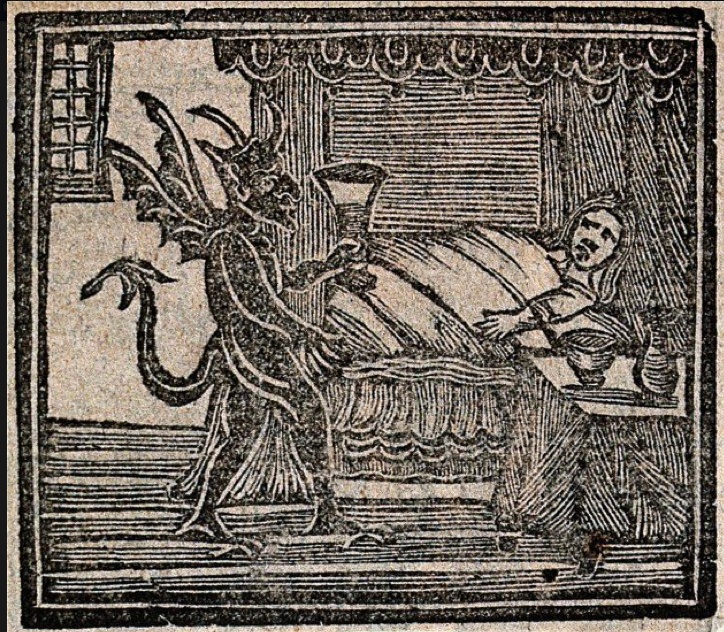 General Moulton and The Devil - An American Folktale


Jonathan Moulton, of Hampton, was a general of consequence in the colonial wars, but a man not always trusted in other than military matters. It was even hinted that his first wife died before her time, for he quickly found consolation in his bereavement by marrying her companion. In the middle of the night the bride was awakened with a start, for she felt a cold hand plucking at the wedding-ring that had belonged to the buried Mrs. Moulton, and a voice whispered in her ear, “Give the dead her own.” With a scream of terror she leaped out of bed, awaking her husband and causing candles to be brought. The ring was gone.