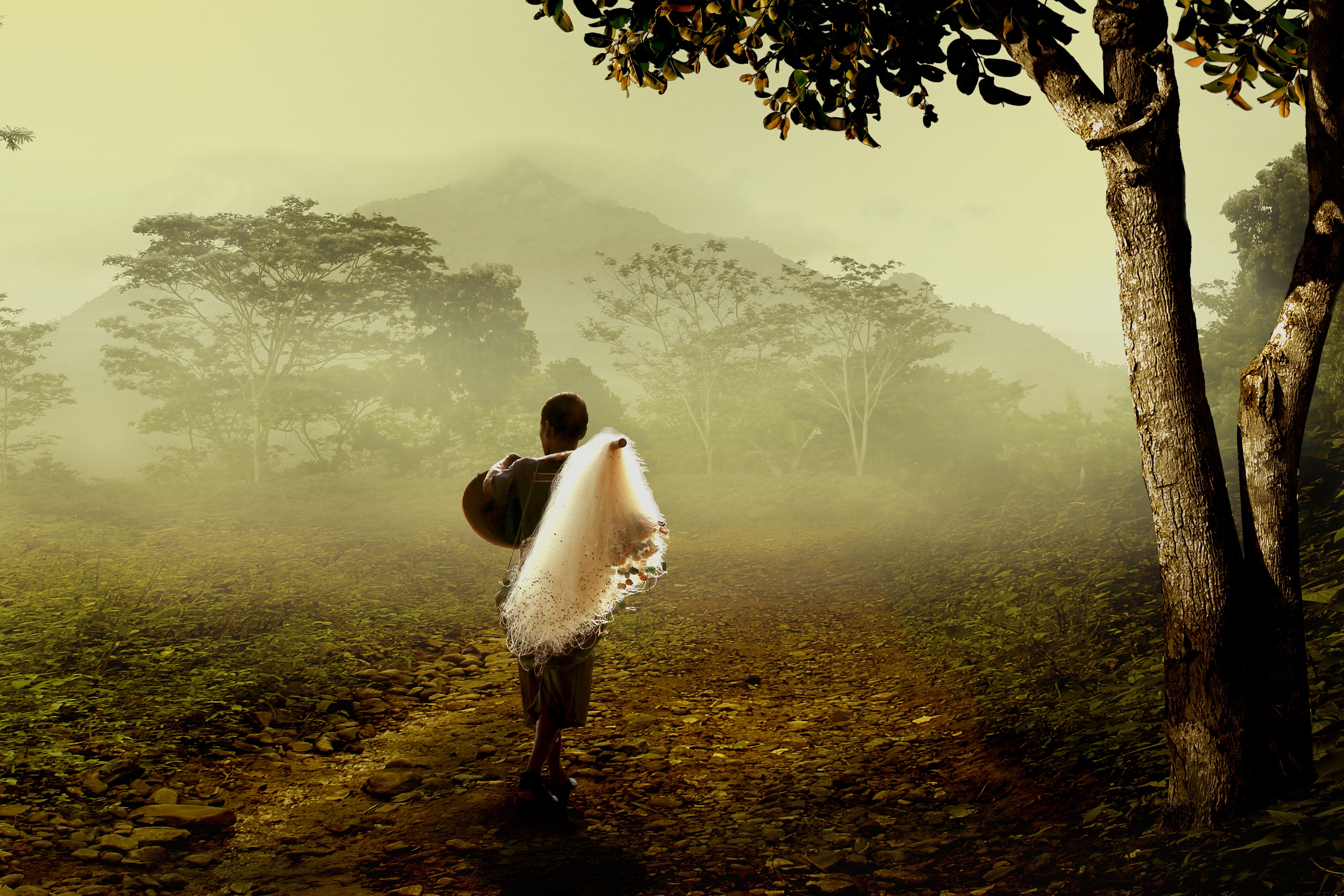 The Adventures of a Fisherman's Son - A Brazilian Folktale


Long ago, there was a man and woman who lived in a little mud hut under the palm trees on the river bank. They had so many children they did not know what to do. The little hut was altogether too crowded. The man had to work early and late to find food enough to feed so many. One day the seventh son said to his father, “O, father, I found a little puppy yesterday when I was playing on the bank of the river. Please let me bring it home to keep. I have always wanted one.”

Suddenly he heard a voice which seemed to come from the river bed itself, it was so deep. This is what it said: “If you will give me whatever new you find in your house when you go home I will give you fisherman’s luck. You will catch all the fish you wish.”