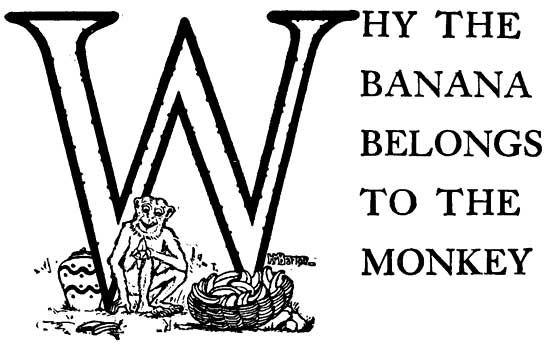 Why the Banana Belongs to The Monkey - A Brazilian Folktale


Once upon a time when the world had just been made and there was only one kind of banana, but very many kinds of monkeys, there was a little old woman who had a big garden full of banana trees. It was very difficult for the old woman to gather the bananas herself, so she made a bargain with the largest monkey. She told him that if he would gather the bunches of bananas for her she would give him half of them. The monkey gathered the bananas. When he took his half he gave the little old woman the bananas which grow at the bottom of the bunch and are small and wrinkled. The nice big fat ones he kept for himself and carried them home to let them ripen in the dark.