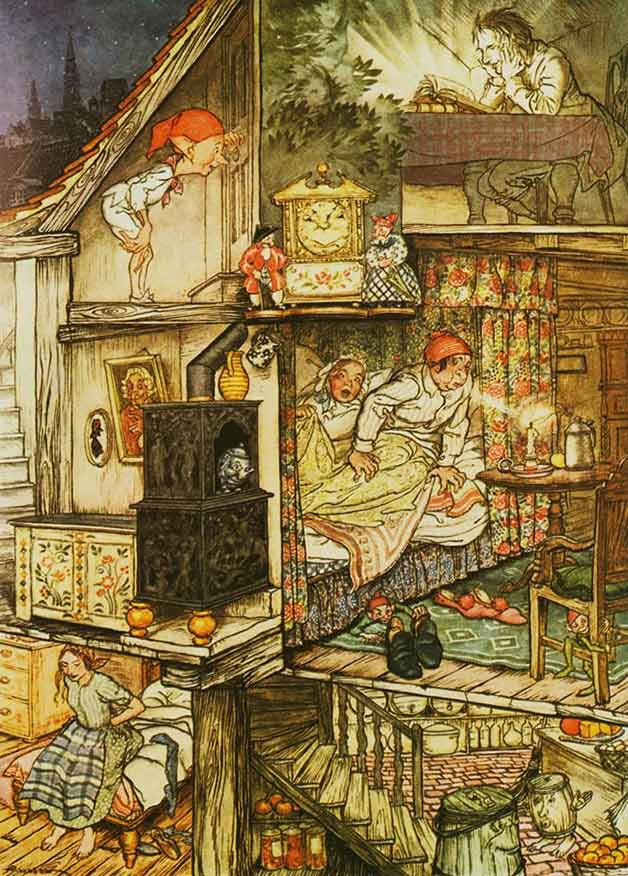 The Goblins Turned to Stone


When the cow came to Holland, the Dutch folks had more and better things to eat. Fields of wheat and rye took the place of forests. Instead of acorns and the meat of wild game, they now enjoyed milk and bread. The youngsters made pets of the calves and all the family lived under one roof. The cows had a happy time of it, because they were kept so clean, fed well, milked regularly, and cared for in winter.

By and by the Dutch learned to make cheese and began to eat it every day. They liked it, whether it was raw, cooked, toasted, sliced, or in chunks, or served with other good things. Even the foxes and wild creatures were very fond of the smell and taste of toasted cheese. They came at night close to the houses, often stealing the cheese out of the pantry. When a fox would not, or could not, be caught in a trap by any other bait, a bit of cooked cheese would allure him so that he was caught and his fur made use of.