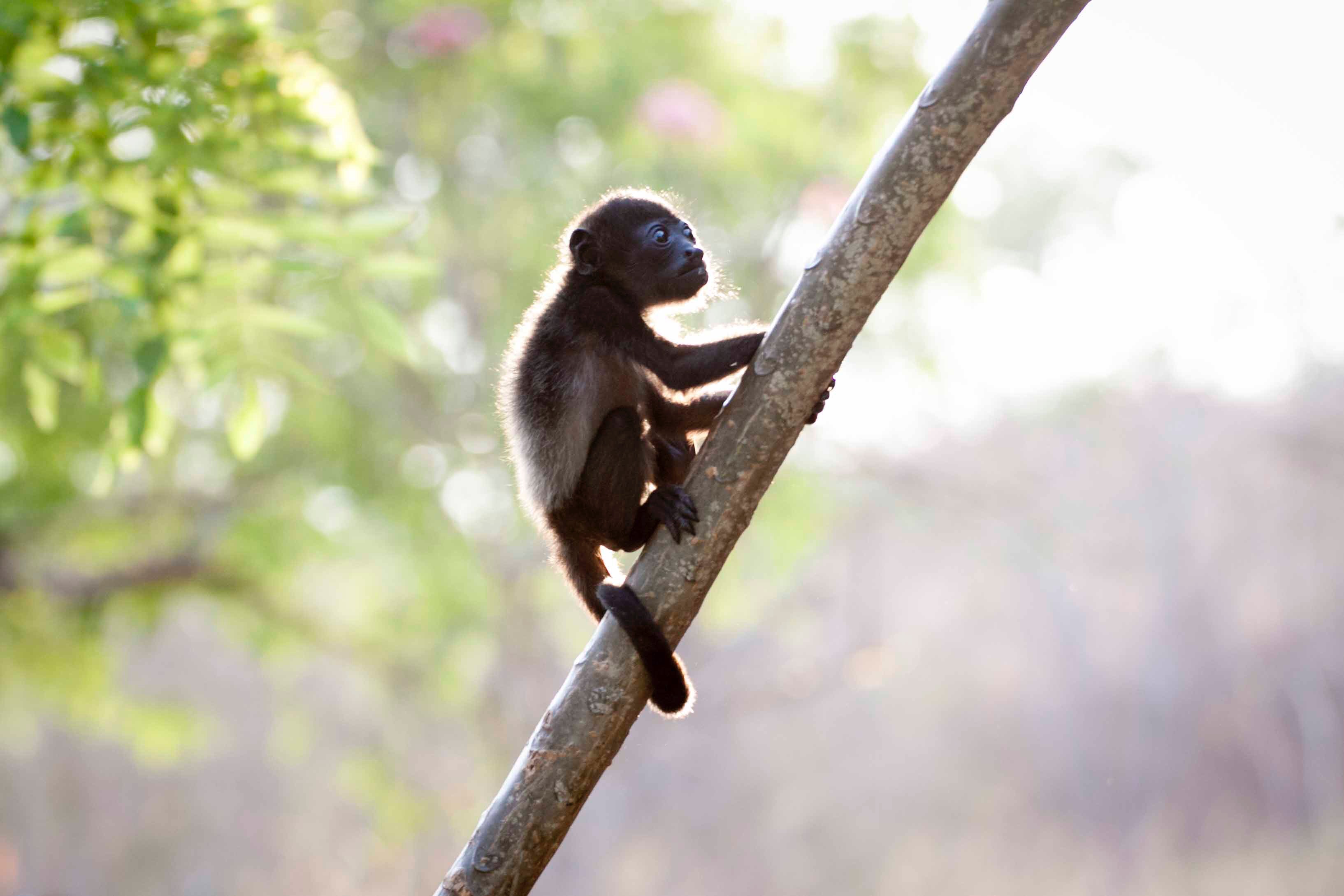 Why the Monkey Still Has a Tail - A Brazilian Folktale

One day the rabbit was taking a nap, when the monkey passed that way. The monkey thought that he would play a trick on the rabbit so he pulled the rabbit’s ears, pretending that he thought they were butterflies. The rabbit awoke very angry at the monkey and he plotted how he might revenge himself on the monkey.

The rabbit and the armadillo are very good friends. The armadillo is very, very strong, you know, so it was he whom the rabbit asked to help him.

One day the rabbit caught the monkey napping. He had watched and waited a long, long time to catch the monkey napping, but at last he succeeded. Even the monkey sometimes takes a nap. The rabbit called the armadillo at once and together they rolled a big stone upon the monkey’s tail. The monkey pulled so hard to get his tail out from under the stone that it broke off. The cat, who at that time had no tail of her own, spied the tail and ran away with it. The monkey was very angry at the rabbit. “O, we thought it was just a snake lying there,” said the rabbit. “When you pulled my ears, you know, you thought they were butterflies.”