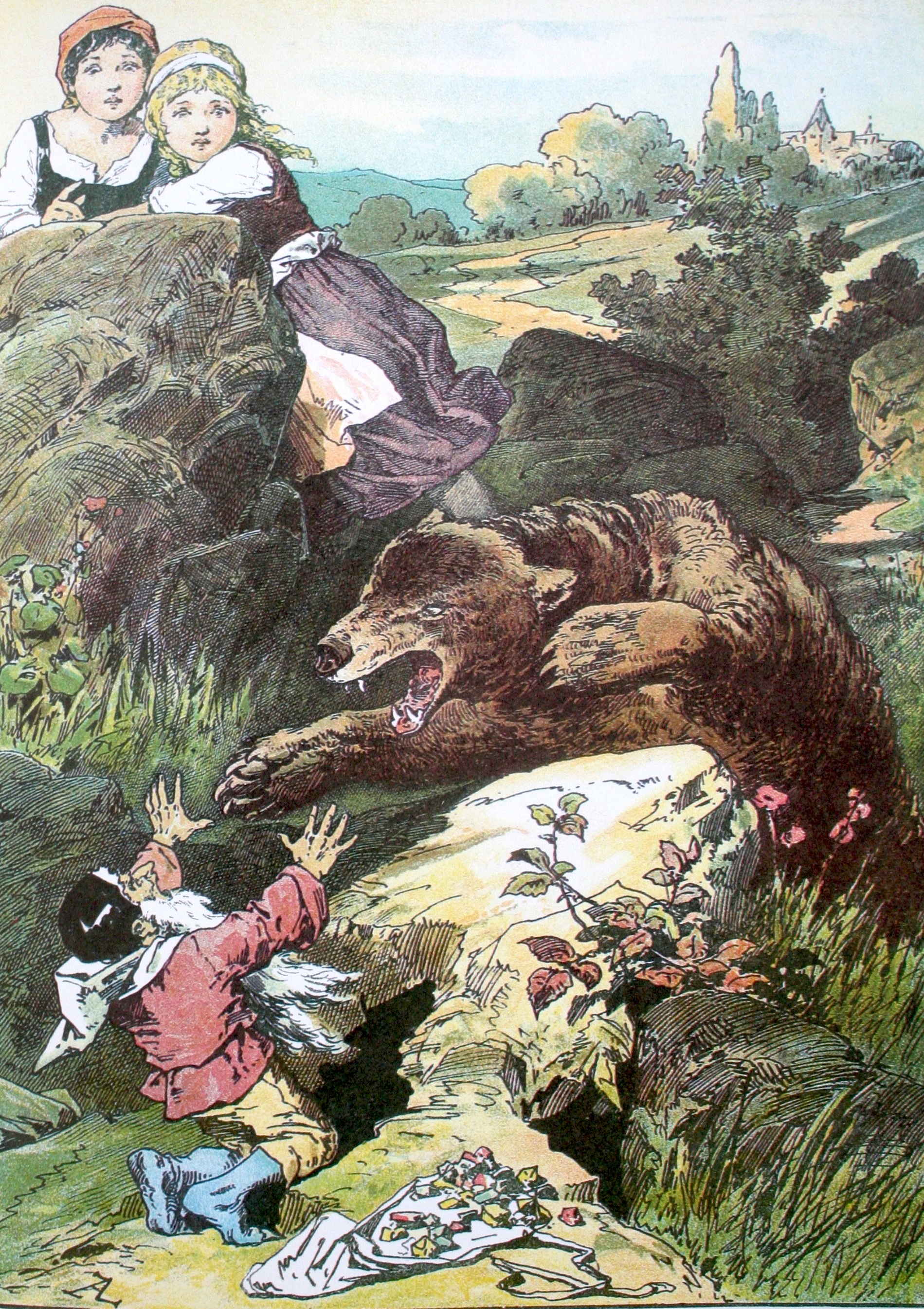 Snow-White and Rose-Red - A German Folktale


There was once a poor widow who lived in a lonely cottage. In front of the cottage was a garden wherein stood two rose-trees, one of which bore white and the other red roses. She had two children who were like the two rose - trees, and one was called Snow-white and the other Rose-red. They were as good and happy, as busy and cheerful, as ever two children in the world were, only Snow-white was more quiet and gentle than Rose-red. Rose-red liked better to run about in the meadows and fields seeking flowers and catching butterflies; but Snow-white sat at home with her mother, and helped her with her house-work, or read to her when there was nothing to do.

The two children were so fond of each other that they always held each other by the hand when they went out together, and when Snow-white said, "We will not leave each other," Rose-red answered, "Never so long as we live," and their mother would add, "What one has she must share with the other."