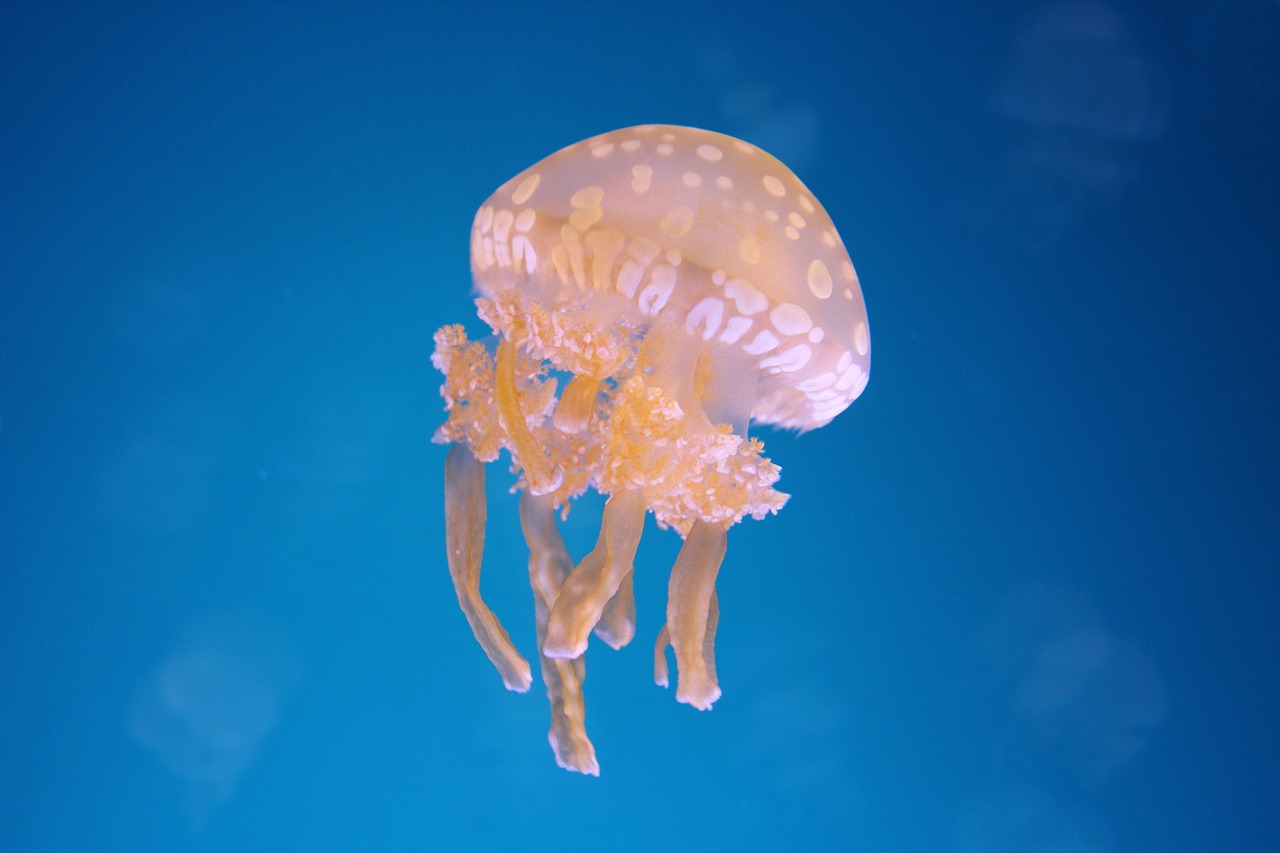 The Jelly-Fish Takes a Journey - A Japanese Folktale


Once upon a time the jelly-fish was a very handsome fellow. His form was beautiful, and round as the full moon. He had glittering scales and fins and a tail as other fishes have, but he had more than these. He had little feet as well, so that he could walk upon the land as well as swim in the sea. He was merry and he was gay, he was beloved and trusted of the Dragon King. In spite of all this, his grandmother always said he would come to a bad end, because he would not mind his books at school. She was right. It all came about in this wise.

The Dragon King was but lately wed when the young Lady Dragon his wife fell very sick. She took to her bed and stayed there, and wise folk in Dragonland shook their heads and said her last day was at hand. Doctors came from far and near, and they dosed her and they bled her, but no good at all could they do her, the poor young thing, nor recover her of her sickness.