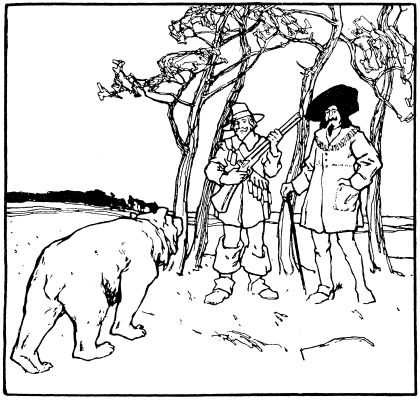 
There was once a young fellow who enlisted as a soldier, conducted himself bravely, and was always the foremost when it rained bullets. So long as the war lasted, all went well, but when peace was made, he received his dismissal, and the captain said he might go where he liked. His parents were dead, and he had no longer a home, so he went to his brothers and begged them to take him in, and keep him until war broke out again. The brothers, however, were hard-hearted and said, “What can we do with thee? thou art of no use to us; go and make a living for thyself.” The soldier had nothing left but his gun; he took that on his shoulder, and went forth into the world. He came to a wide heath, on which nothing was to be seen but a circle of trees; under these he sat sorrowfully down, and began to think over his fate.