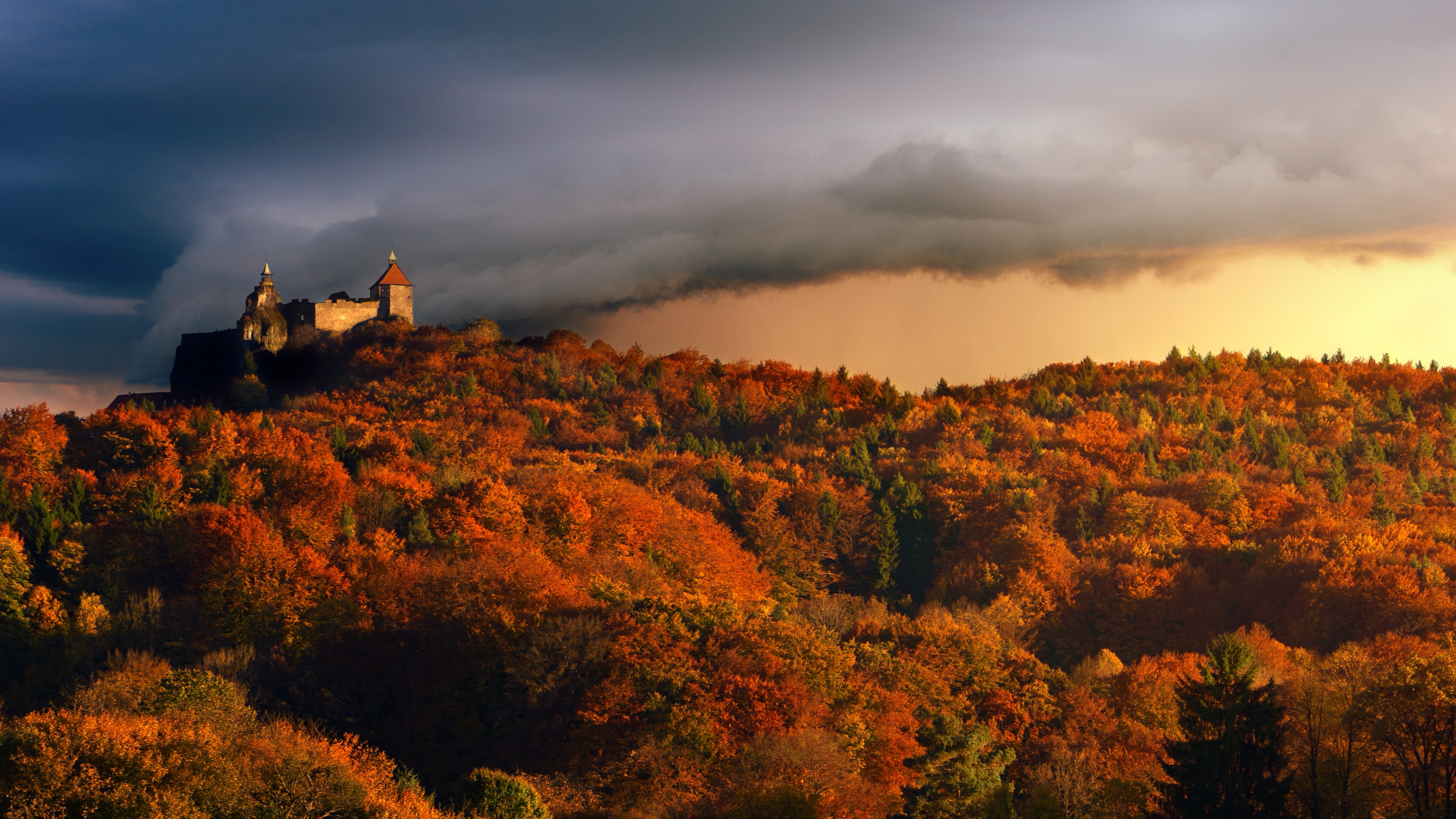 The Flaming Castle - A German Folktale


Upon a high mountain in the Tyrol there stands an old castle, in which there burns a fire every night, and the flashes of that fire are so large that they rise up over the walls, and may be seen far and wide.

It happened once that an old woman in want of firewood was gathering the fallen twigs and branches upon this castle-crowned mountain, and at length arrived at the castle door. To indulge her curiosity she began peering about her, and at last entered, not without difficulty, for it was all in ruins and not easily accessible. When she reached the courtyard, there she beheld a goodly company of nobles and ladies seated and feasting at a huge table. There were, likewise, plenty of servants, who waited upon them, changing their plates, handing round the viands, and pouring out wine for the party.

As she thus stood gazing upon them, there came one of the servants, who drew her on one side, and placed a piece of gold in the pocket of her apron, upon which the whole scene vanished in an instant, and the poor frightened old woman was left to find her way back as well as she could. However, she got outside the courtyard, and there stood before her a soldier with a lighted match, whose head was not placed upon his neck, but held by him under his arm. He immediately addressed the old woman, and commanded her not to tell any one what she had seen and heard upon peril of evil befalling her.