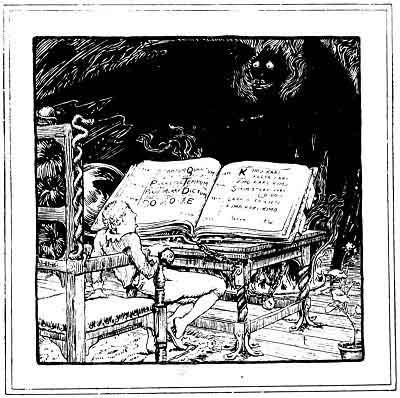 The Master and His Pupil - An English Folktale


There was once a very learned man in the north country who knew all the languages under the sun, and who was acquainted with all the mysteries of creation. He had one big book bound in black calf and clasped with iron, and with iron corners, and chained to a table which was made fast to the floor; and when he read out of this book, he unlocked it with an iron key, and none but he read from it, for it contained all the secrets of the spiritual world. It told how many angels there were in heaven: and how they marched in their ranks, and sang in their quires, and what were their several functions, and what was the name of each great angel of might. And it told of the demons, how many of them there were, and what were their several powers, and their labours, and their names, and how they might be summoned, and how tasks might be imposed on them, and how they might be chained to be as slaves to man.