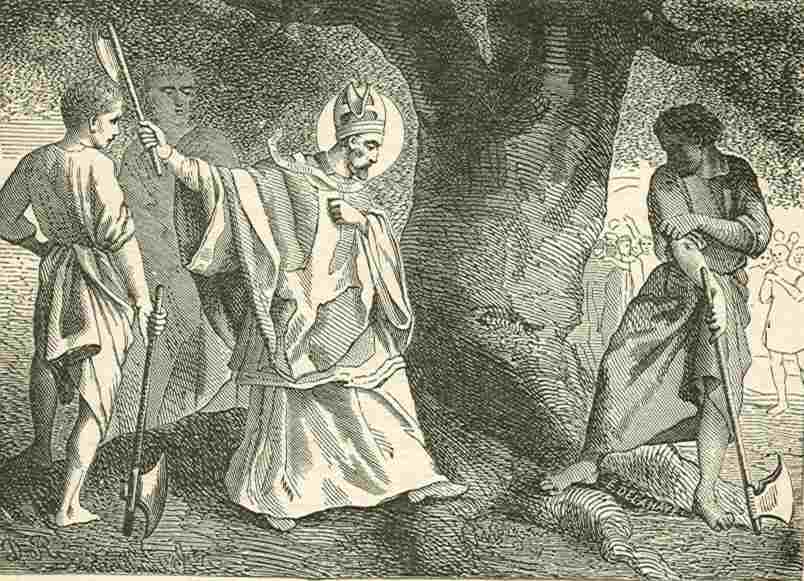 The Legend of The Thunder Oak - A Christmas Folktale


When the heathen raged through the forests of the ancient Northland there grew a giant tree branching with huge limbs toward the clouds. It was the Thunder Oak of the war-god Thor.
Thither, under cover of night, heathen priests were wont to bring their victims—both men and beasts—and slay them upon the altar of the thunder-god. There in the darkness was wrought many an evil deed, while human blood was poured forth and watered the roots of that gloomy tree, from whose branches depended the mistletoe, the fateful plant that sprang from the blood-fed veins of the oak. So gloomy and terror-ridden was the spot on which grew the tree that no beasts of field or forest would lodge beneath its dark branches, nor would birds nest or perch among its gnarled limbs.