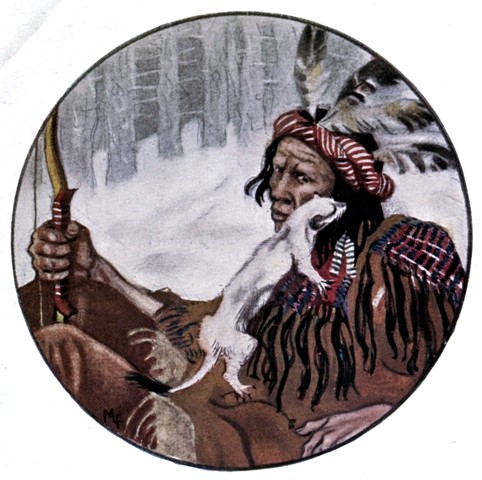 Ermine and The Hunter


Far away in the Canadian North Country an old man lived with his wife and children. They lived far from other people, but they were never lonely, for they had much work to do. The old man was a great hunter, and in summer he and his wife and children lived on the fish and game he captured in the winter. In the springtime he gathered sap from the maple trees, from which he made maple syrup and maple sugar with which to sweeten their food. One day in summer he found three small bears eating his stock of sugar. When he came upon them, his sugar was all gone, and he was very cross. With a stout club he killed the little bears and skinned them and dried their meat. But his wife said, “No good can come of it. You should not have killed the three little bears, for they were too young for slaughter.”