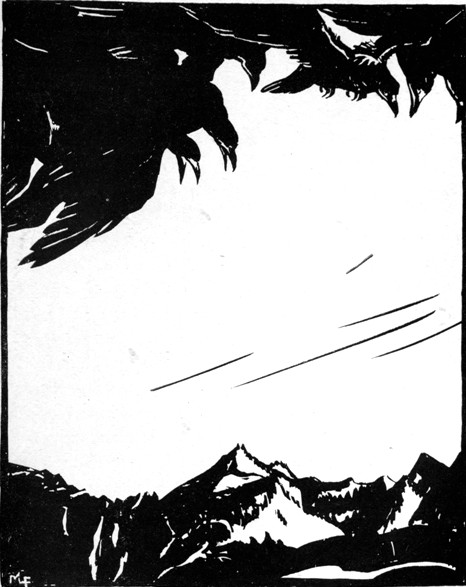 The Tobacco Fairy from The Blue Hills


A man and his wife and two little children were living long ago on the shores of a lake surrounded by large trees, deep in the Canadian forest. They lived very happily together, and as game was plentiful, they wanted for nothing. As the children grew up they became each day more beautiful and gentle, until the old women of the tribe said, “They are too good and lovely for this world; their home is surely elsewhere in the West.” Before they grew to maturity a cruel plague spread over the land and carried them off with its ravages. Their mother was the next to go, slowly growing weaker, and wasting away before the eyes of her husband, who was powerless to save her.

The man was now left all alone upon the earth. The joy of his life had gone with his wife and children, and he went about in great loneliness and sorrow. Life was long to him and dreary, and often he wished that he too was dead. But at last he roused himself and said, “I will go about doing good. I will spend my life helping others, and perhaps in that way I can find peace.” So he worked hard and did all the good he could for the weaker and the poorer people of his tribe. He was held in high esteem by all the people of the village, and in their affection for him they all called him “Grandfather.” He grew to be very old, and because of his good deeds he found great happiness. But he was still very solitary, and the days and evenings were long and lonely, and as he grew older and his work grew less, he found it hard to pass away the time, for he could only sit alone and dream of his vanished youth and of his absent friends.