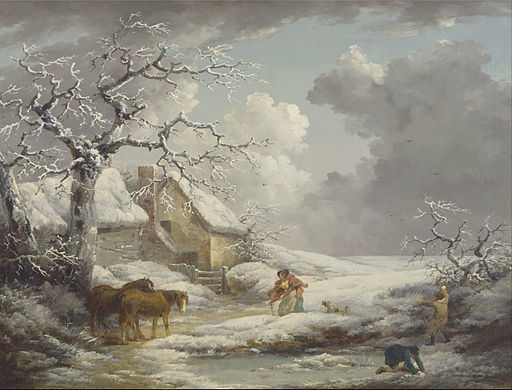 
It was the night the dear Christ-Child came to Bethlehem. In a country far away from Him, an old, old woman named Babouscka sat in her snug little house by her warm fire. The wind was drifting the snow outside and howling down the chimney, but it only made Babouscka's fire burn more brightly.

"How glad I am that I may stay indoors," said Babouscka, holding her hands out to the bright blaze.

But suddenly she heard a loud rap at her door. She opened it and her candle shone on three old men standing outside in the snow. Their beards were as white as the snow, and so long that they reached the ground. Their eyes shone kindly in the light of Babouscka's candle, and their arms were full of precious things—boxes of jewels, and sweet-smelling oils, and ointments.