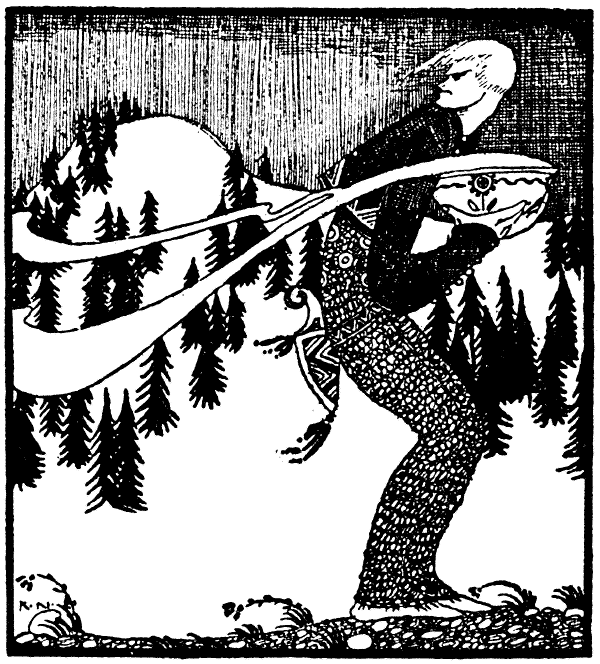 The Lad Who Went to the North Wind - A Norwegian Folktale


Once on a time there was an old widow who had one son; and as she was poorly and weak, her son had to go up into the safe to fetch meal for cooking; but when he got outside the safe, and was just going down the steps, there came the North Wind puffing and blowing, caught up the meal, and so away with it through the air. Then the Lad went back into the safe for more; but when he came out again on the steps, if the North Wind didn’t come again and carry off the meal with a puff: and, more than that, he did so the third time. At this the Lad got very angry; and as he thought it hard that the North Wind should behave so, he thought he’d just look him up, and ask him to give up his meal.