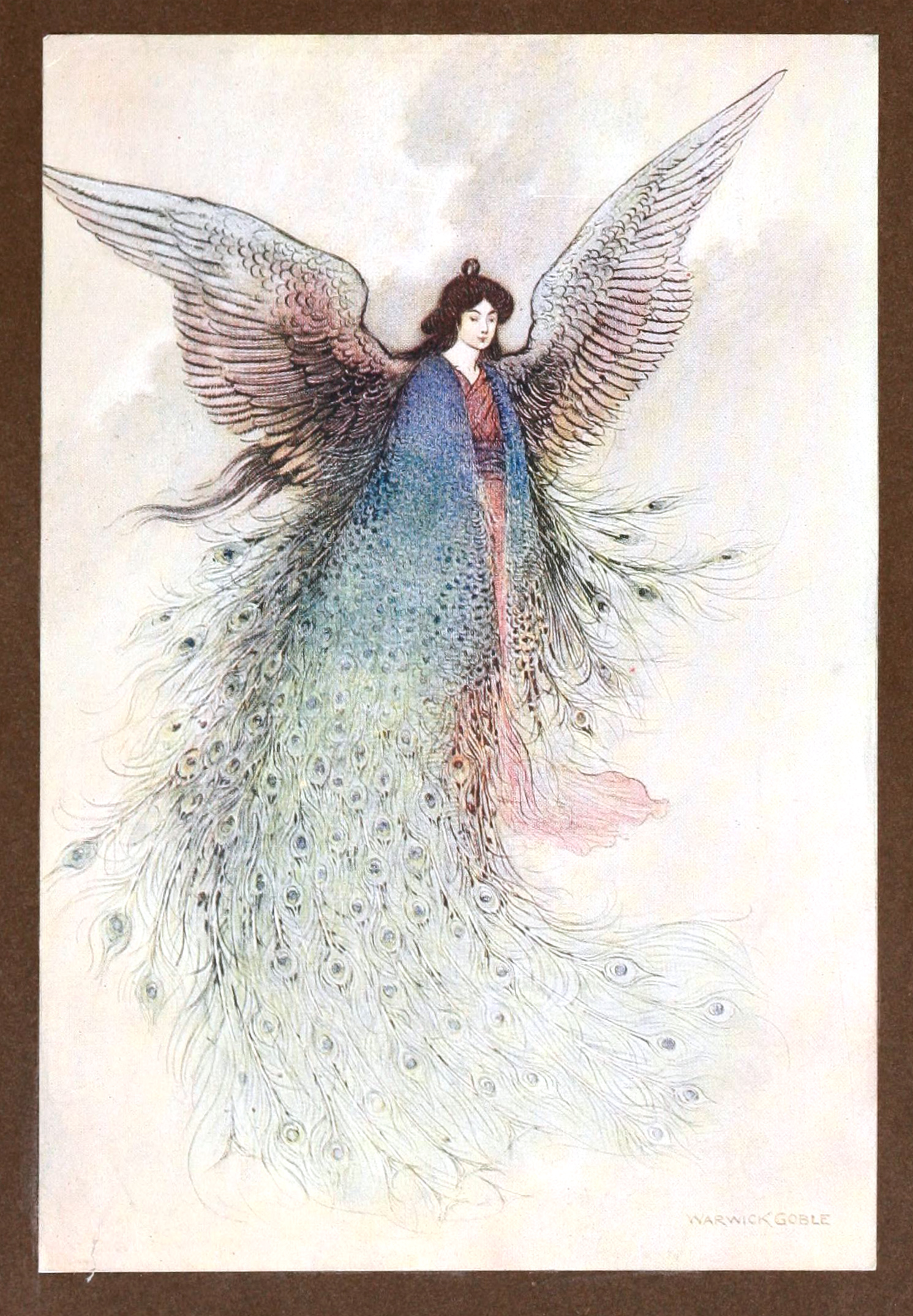 The Robe of Feathers - A Japanese Folktale


Mio Strand is in the Province of Suruga. Its sand is yellow and fine, strewn with rose shells at the ebb tide. Its pine trees are ancient and they lean all one way, which is the way that the wild wind wills. Before Mio rolls the deep sea, and behind Mio rises Fugi, the most sacred, the mountain of mountains. Small marvel that the Strange People should come to Mio.

Of the Strange People not much is known, even at Mio, though it is sure they come there. It seems they are shy indeed, more’s the pity. They come through the blue air, or across the mysterious paths of the sea. Their footprints are never, never seen upon the wet beach, for they tread too lightly. But sometimes in their dancing they sweep their robes upon the sand and leave it ribbed and ruffled; so, often enough, it may be seen at Mio.

This is not all. Once a fisherman of Mio set eyes upon a maiden of the Strange People, and talked with her and made her do his bidding. This is a true thing, and thus it came about.