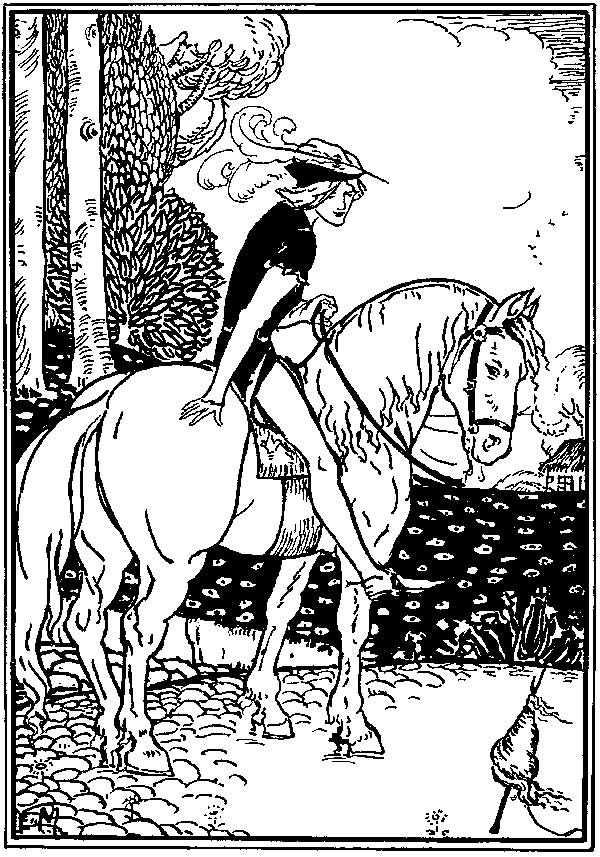 The Spindle, The Shuttle, and The Needle - A German Folktale


There was once a girl whose father and mother died while she was still a little child. All alone, in a small house at the end of the village, dwelt her godmother, who supported herself by spinning, weaving, and sewing. The old woman took the forlorn child to live with her, kept her to her work, and educated her in all that is good. When the girl was fifteen years old, the old woman became ill, called the child to her bedside, and said, “Dear daughter, I feel my end drawing near. I leave thee the little house, which will protect thee from wind and weather, and my spindle, shuttle, and needle, with which thou canst earn thy bread.”

Then she laid her hands on the girl’s head, blessed her, and said, “Only preserve the love of God in thy heart, and all will go well with thee.” Thereupon she closed her eyes, and when she was laid in the earth, the maiden followed the coffin, weeping bitterly, and paid her the last mark of respect. And now the maiden lived quite alone in the little house, and was industrious, and span, wove, and sewed, and the blessing of the good old woman was on all that she did. It seemed as if the flax in the room increased of its own accord, and whenever she wove a piece of cloth or carpet, or had made a shirt, she at once found a buyer who paid her amply for it, so that she was in want of nothing, and even had something to share with others.